The Merchants Bank Christian Elder Memorial 900 (CEM 900) is an annual charity bicycle ride covering 900 kilometers in nine days for the benefit of Kids ‘n Kinship, a non-profit mentoring organization based in Dakota County, Minnesota. The mission of Kids ‘n Kinship is to provide friendships to children ages 5-16 in need of positive role models.

The CEM 900 was founded in 2006 by John Elder, who pedaled with long time friends Ken Dean and Tom Behan, and support driver Gordy Clough from Wolf Point, Montana to Apple Valley, Minnesota, raising over $16,000. The ride has evolved from a ride on county roads in Minnesota and neighboring states to a ride exclusively on trails in northern and southern Minnesota. This year, the CEM 900 team will be riding the Paul Bunyan, Heartland, and Mesabi trails in northern Minnesota.

The CEM 900 has grown from three riders and one support driver in 2006 to 12 riders and four support drivers in 2022. With over $500,000 raised over the first 16 years, the team’s goal is to add to the total raised. 100% of the funds raised go directly to Kids n’ Kinship.  Merchants Bank has been the title sponsor every year since the ride’s inception. 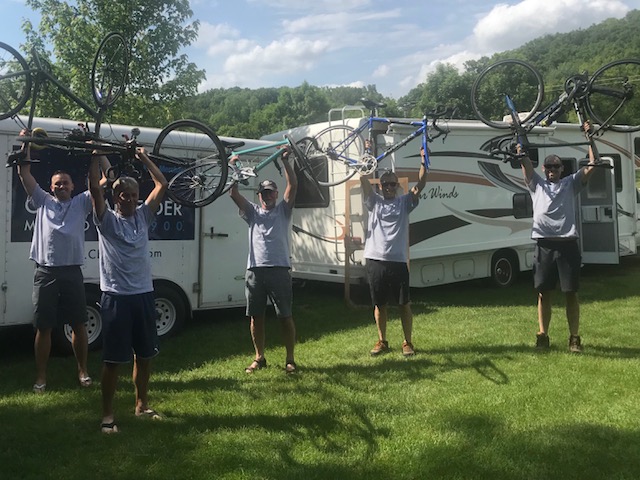 100% of your donation goes directly to Kids ‘n Kinship

Kids 'n Kinship provides friendships and positive role models to children and youth ages 5-16 who are in need of an additional supportive relationship with an adult.

CEM 900's title sponsor, Merchants Bank, will be hosting a welcome home reception for the CEM 900 team at their Apple Valley location (14990 Glazier Ave) on Thursday, June 23, at 11:30 am, with a lunch to follow. We hope everyone can join us!

Special thanks to our Title Sponsor: 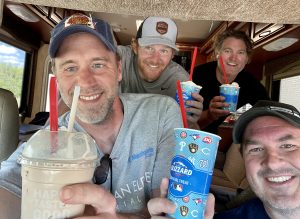 A pain in the posterior

The riders were up and at ‘em just after 6 am, eager to begin a new day.  It was the final day of the ride,… 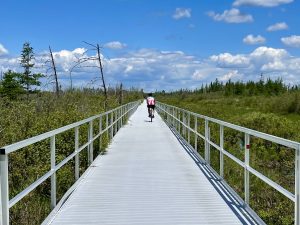 Work gets in the way 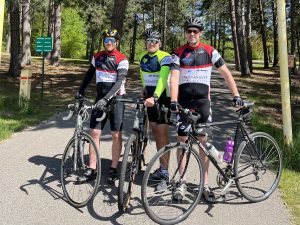