Riding to the Finish

Wednesday marked the final 62-mile ride for the 2019 CEM900, and like each of the preceding five days, it promised to be another perfect day to be up on the pedals. Unquestionably, since its inception in 2006, the weather on this year’s ride was the best the team had ever experienced. This was also the first time that the ride circulated from a single camping site, a beautiful shoreline location on Crow Wing Eleven Lake in Akeley, Minnesota; a location that provided many riding options with immediate access to both the Paul Bunyan and Heartland Trails.

Jay got the team energized with a hearty breakfast of scrambled eggs, pancakes and bacon. With just a light southwest breeze in the air, the riders had several route selections available, eventually choosing to ride 36 miles out-and-back to Park Rapids before riding another 26 out-and-back to finish this year’s event. Jay continued to provide great food/energy preparations at the team’s two ride breaks, and the team rolled into camp for the final time at 6:15 pm. Jim picked up his pace and rode out front most of the day, while Batman Jack eased up on the throttle to accommodate John’s somewhat slower pace, offering the two to reminisce events of their high school years together (several years ago!). 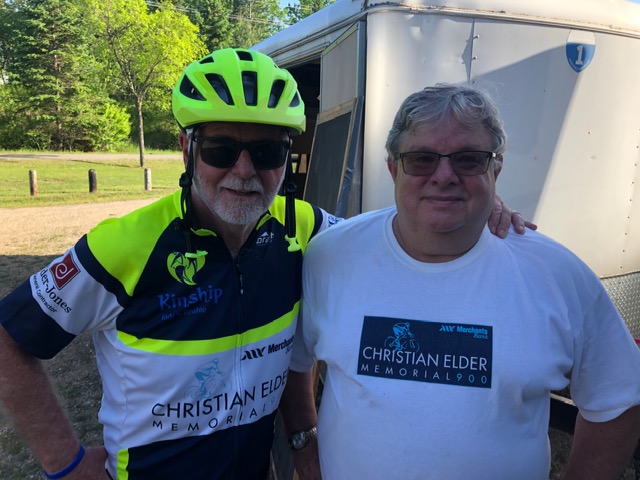 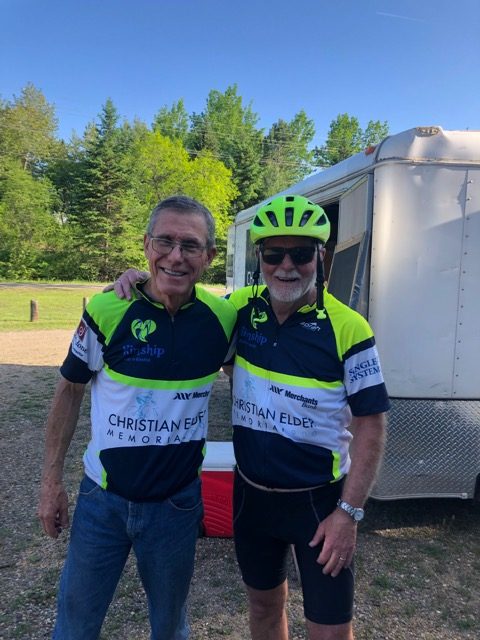 Looking back on the combined nine days of riding, some shared thoughts by all participants included the honor of riding in memory of Christian Elder, the pride in creating a benefit for Kids ‘n Kinship, the appreciation for the ongoing support of the CEM900 title sponsor, Merchants Bank, and the feeling of accomplishment in pedaling 62 miles per day. Additionally, the energy and motivation required to get up on the pedals each day was made easier, and the time spent not riding became relaxing and enjoyable, because of the assistance provided by the support team, Matt Stepanek on leg 1, Doug and Ann Gurholt on leg 2, and Jay Saterbak on leg 3. 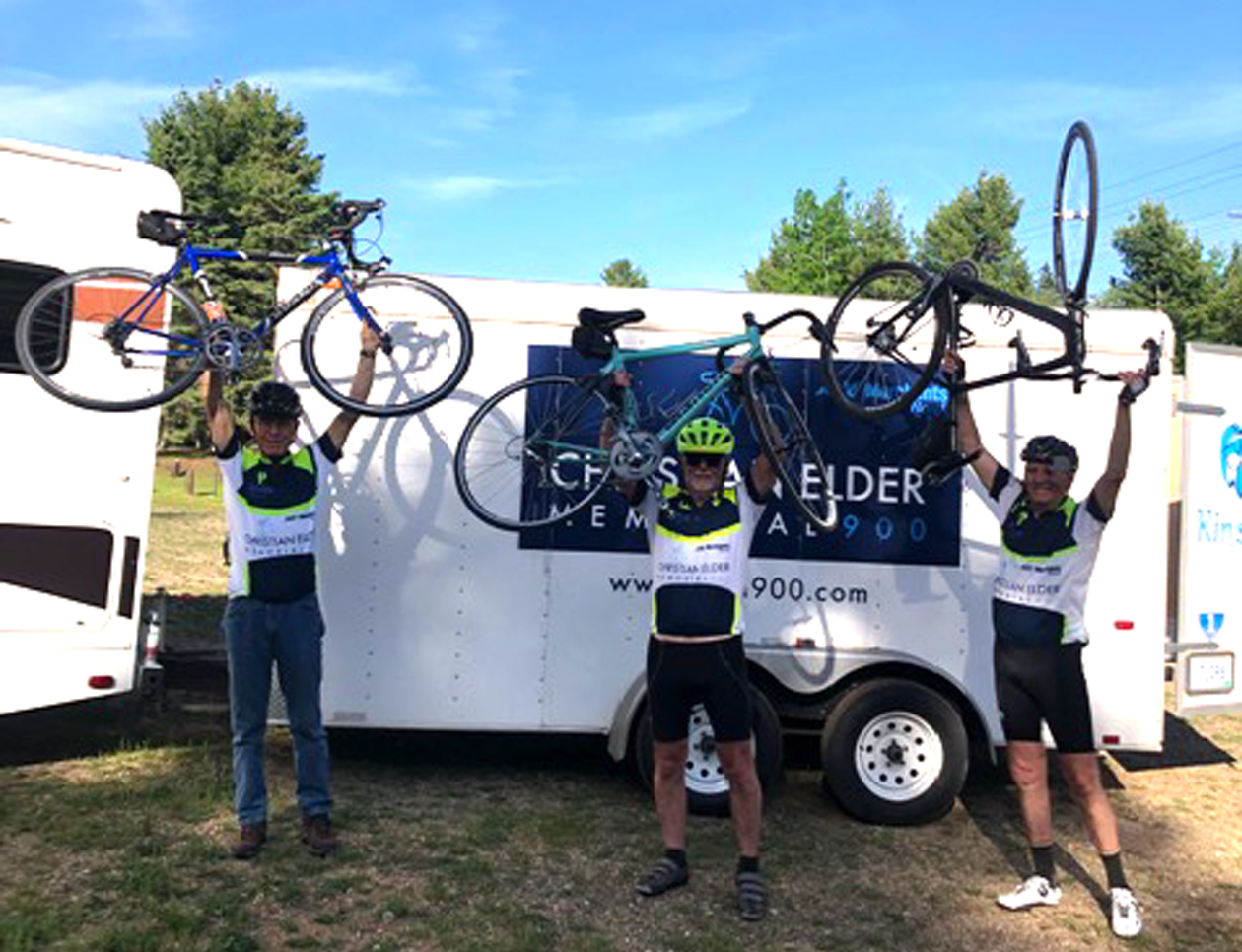 We hope you can join us to celebrate this year’s successful ride, the support of Kids ‘n Kinship, and welcome the riders home at our Welcome Home Reception on Friday, June 7, at 11:30 a.m. at Merchants Bank, 14990 Glazier Ave #100, Apple Valley, Minnesota.